Tick Tock Toys was a tactile, physics-based puzzle game for iPad designed and built in 60 days by Swallowtail Games as part of student games competition Dare to be Digital in 2011.

Winner of BAFTA Games Ones to Watch Award 2012. It was commercially released on the Apple App Store in over 40 countries and reached 100,000 downloads in the first week with multiple features on Apple App Store charts and collections.

I was the Lead 2D Artist on the team, producing concept art and pitch materials for our successful application to the competition. During the competition, I painted textures for the 3D models and created various pieces of promotional art including motion graphics as well as the branding for both the game and company. 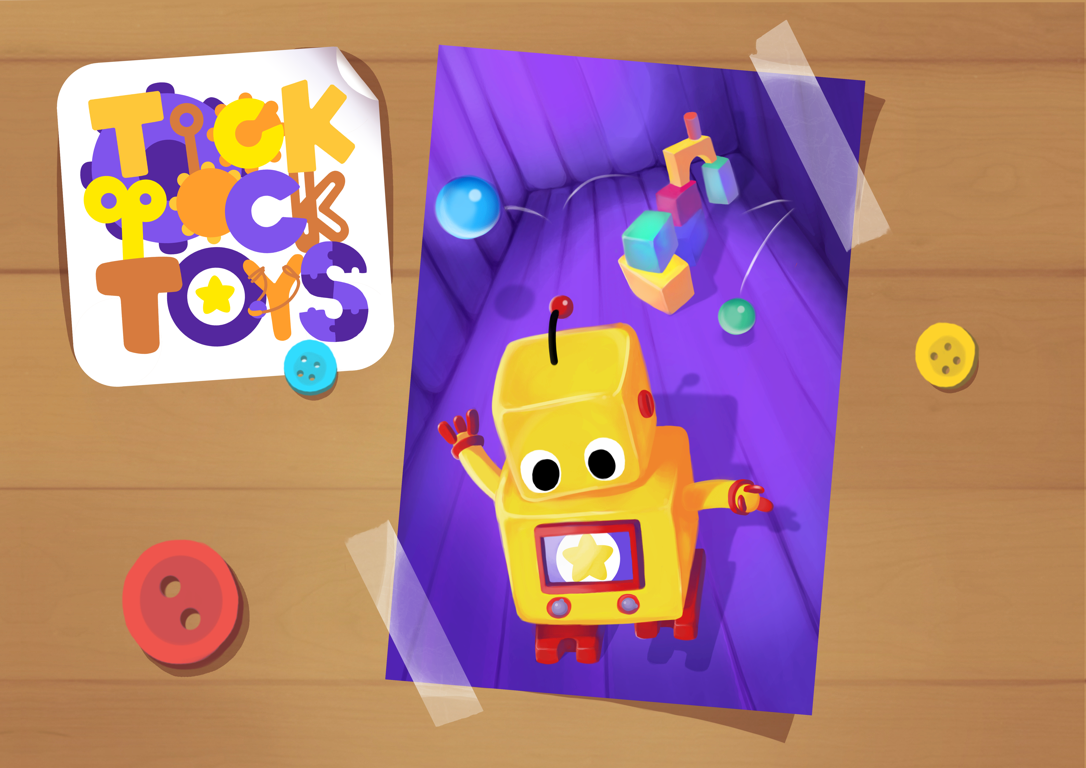